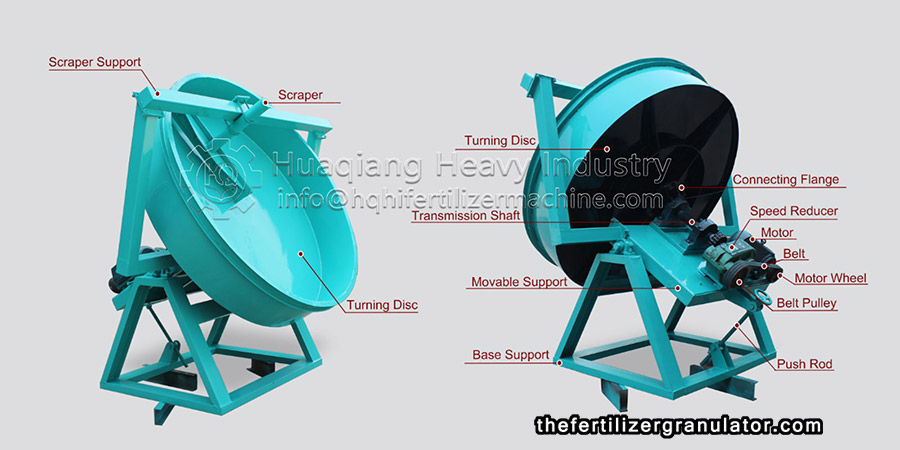 1. With the disc rolling, the particles gradually grow up. Due to the remarkable grading ability of the disc granulator, large particles float on the top and continuously unload from the bottom of the disc. The smaller particles remain in the plate and stick with the newly added material and continue to grow.

The qualified pelletizing rate of the disc organic fertilizer granulator is up to 80-90%. It can adapt to many different formulations. The compressive strength of organic fertilizer is higher than that of disc and drum, and the large ball rate is less than 15%. The uniformity of particle size can be adjusted by stepless speed regulation function of the machine according to the requirements of users. This machine is suitable for granulation directly after organic fertilizer fermentation, saving drying process and greatly reducing manufacturing cost.

Pre:What are the granulation methods of fertilizer granulator?